Your Brain and Lack of Sleep 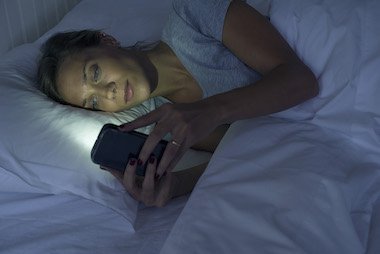 Sleep is crucial to our well being. As we sleep the brain clears away the debris of the day’s work while resetting and restoring nerve networks so that they can function at full capacity when we wake.

On the other hand, we all know the most common effects caused by the lack of sleep. These include drowsiness, fatigue, lack of focus and forgetfulness. But the consequences of sleep deprivation may go far beyond the well-known. Recent studies seem to indicate that the consistent lack of sleep can have serious, possibly long-lasting effects on your brain.

A team of Chinese and European researchers working on the effects of sleep deprivation have tentatively concluded that insomnia can affect specific types of nerves in parts of the brain that regulate cognition, emotion and sensory processes.

Their study involved two sets of individuals, one suffering from persistent insomnia and the other, normal sleepers. Specifically, in their study they focused on what is called white matter volume in the brain, nerve cells that are coated with a special protein called myelin, a substance that improves the ability of cells to send signals to each other.

In the end, the researchers found that there was significantly less brain signal activity in the right side of the brain among those suffering from insomnia. And this is the portion of the brain where emotions and many thinking functions are regulated, as well as where sensory information related to sight, smell and touch are processed.

Perhaps worse, a separate study in Italy concluded that insomnia may cause certain brain cells to destroy other cells. In other words, lack of sleep may cause the brain literally to start eating itself.

Stated simply, the Italian researchers worked with mice, some getting as much sleep as they wanted while others were subjected to extreme sleep deprivation. The researchers then studied the activity of the glial cells that act as the brain’s caretakers, sweeping out unneeded brain cell connectors (a kind of brain junk) in order to keep the brain functioning normally. They found that the glial cells were far more active in the sleep deprived mice, and it’s possible that this hyper-destructive activity may contribute to Alzheimer’s and other brain disorders.

To get the rest that’s crucial to your health, come by any of our locations and let our sales associates help you find the mattress that will give you the best night’s sleep you’ve ever had.

For more updates on specials, new products, and more, be sure to follow us on Facebook, and check back to read our blog!

+1 800.971.6771
Welcome to our website! As we have the ability to list over one million items on our website (our selection changes all of the time), it is not feasible for a company our size to record and playback the descriptions on every item on our website. However, if you have a disability we are here to help you. Please call our disability services phone line at 225-590-3535 during regular business hours and one of our kind and friendly personal shoppers will help you navigate through our website, help conduct advanced searches, help you choose the item you are looking for with the specifications you are seeking, read you the specifications of any item and consult with you about the products themselves. There is no charge for the help of this personal shopper for anyone with a disability. Finally, your personal shopper will explain our Privacy Policy and Terms of Service, and help you place an order if you so desire.
Copyright © 2019 Mattress Direct All Rights Reserved
close